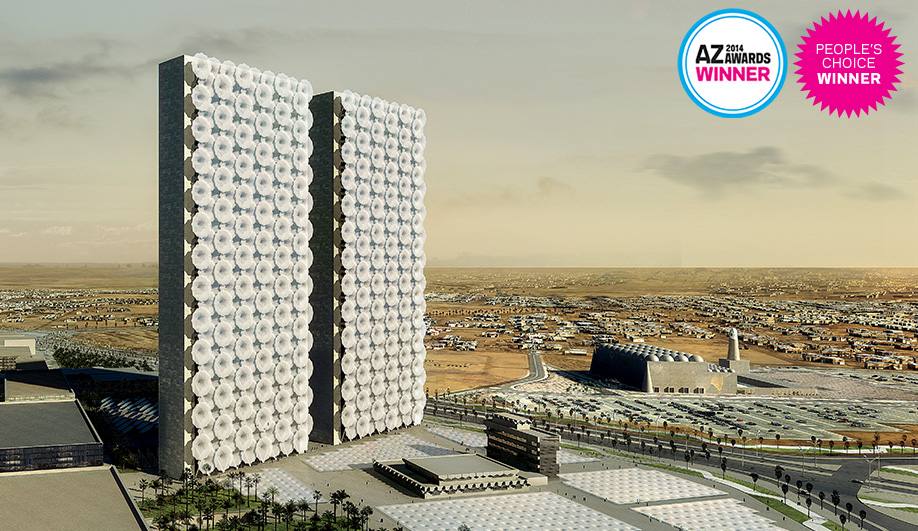 This proposal for a media headquarters in the Middle East shows REX Architecture of New York exploring exciting tower typologies.

This proposal for a media headquarters in the Middle East shows REX Architecture of New York exploring new and exciting tower typologies.

Unlike many buildings rising in the Middle East, this competition entry for two sister media companies shuns the desire to be the tallest and pointiest. Instead, it looks to modernist sobriety, with two identical, flat-roofed towers. The twins, conceived by REX of New York, are not short on technology; they are full of astounding features that make cloud-scraping engineering seem like a fad of the past. Most notable are the facades, which blossom into a traditional Islamic motif while blocking out the sun’s heat.

The 14.5-metre-wide sunshades, sandwiched between floors, open and close like umbrellas. In under a minute, they simultaneously retract and bloom again, in keeping with the sun as it moves across the sky. The design also calls for clear windows – a rarity in desert cities, where heavily tinted green glass is the standard.

Internally, the two buildings provide 240,200 square metres of office space that occupies the upper levels, with broadcasting studios and such amenities as cafés, lounges and health clubs clustered below. Larger studios that require full blackness are located underground.

If the project did get the green light, its blooming facades would also serve as a massive media screen. REX has envisioned adding powerful LEDs to the cap of each shade, turning the two towers into a jumbo screen for live broadcasts.

Joshua Prince-Ramus founded REX in 2006. Among the firm’s best-known projects is the Vakko Fashion and Power Media Center, in Istanbul, which involved building a new structure that incorporated the skeleton of an unfinished and abandoned hotel.
rex-ny.com

What the jury said: “A building that uses heliotropism as a response to climate change and as its primary urban form is fascinating.” – Charles Waldheim, juror

This proposal for a media headquarters in the Middle East shows REX Architecture of New York exploring exciting tower typologies. 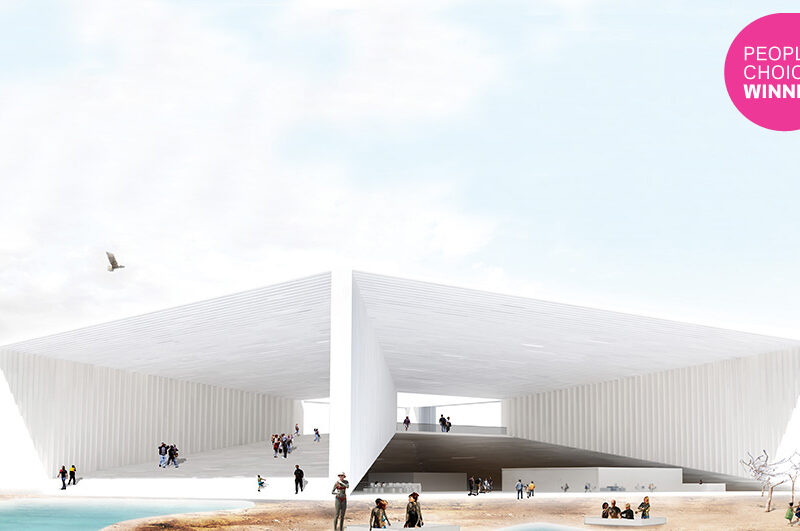 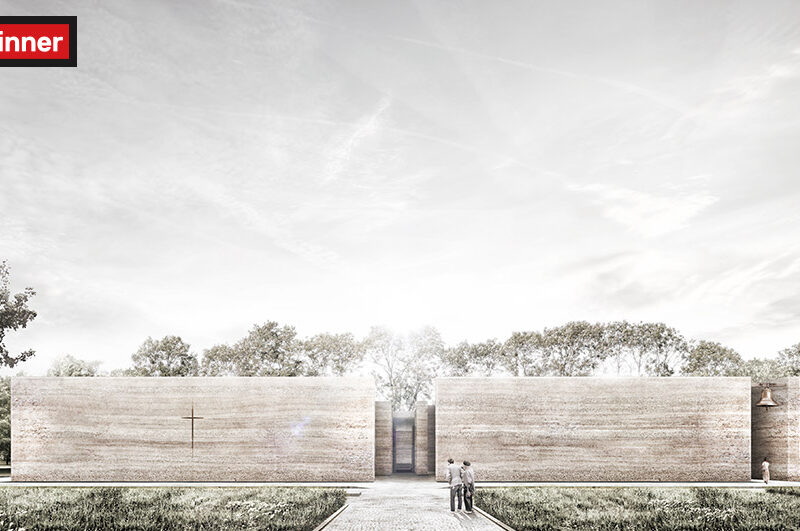