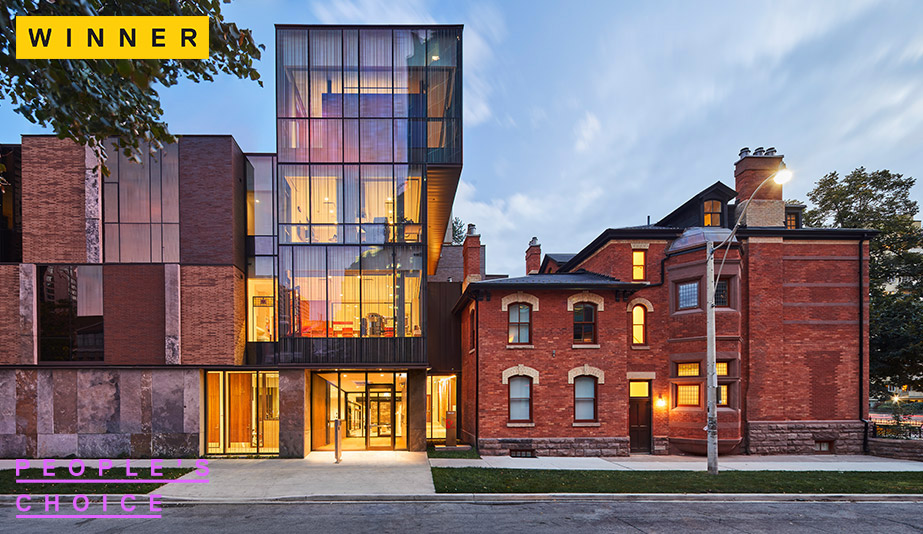 Impeccable architecture meets an urgent cause in Toronto’s Casey House, a modernization of Canada’s first standalone care centre for patients with HIV/AIDS. The Hariri Pontarini project won the 2018 AZ Award for Social Good.

When Canada’s first standalone care centre dedicated to HIV/AIDS opened in 1988, it was imagined to be temporary. Yet, 30 years later the need for Casey House is more complex than ever. Treatment has come a long way, but there is still a stigma associated with the disease. 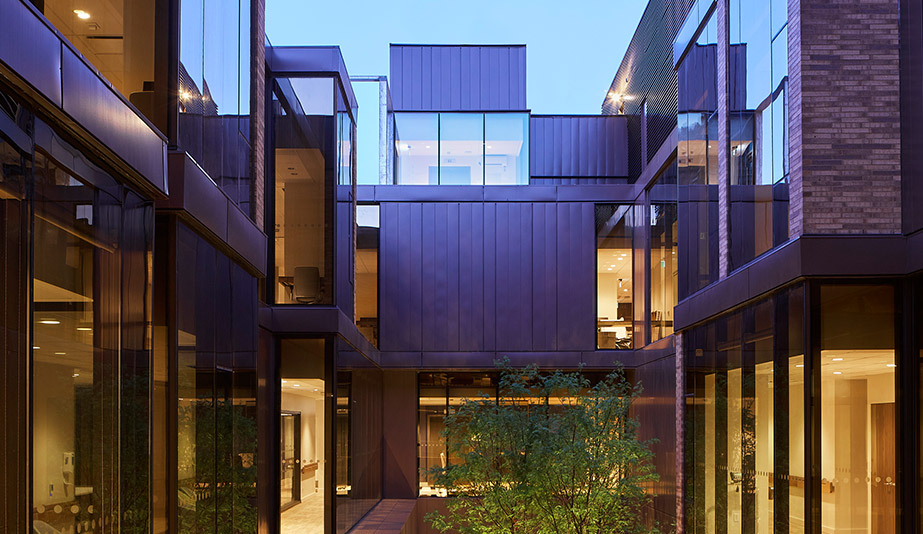 An old Victorian on Toronto’s Isabella Street is now the anchor for the hospital that accommodates 200 day-program clients and 14 in-patient rooms. Local firm Hariri Pontarini worked with heritage specialists ERA Architects to revive the red brick mansion, bringing it back to its former grandeur. Then the firm annexed a narrow glass volume onto it, adding another 5,481 square metres.

Casey House is really good architecture that’s tackling an important cause. Its craftsmanship just ties everything together.” – Michel Rojkind

The three-storey addition embraces the original building, reaching around and over it to provide a welcoming entrance. In fact, the entire building exudes a sense of warmth, most notably from a central courtyard that the rooms face out onto, so those who can’t get outside have a view of honey locust trees and a water feature. Tinted mirror windows adds a layer of privacy. 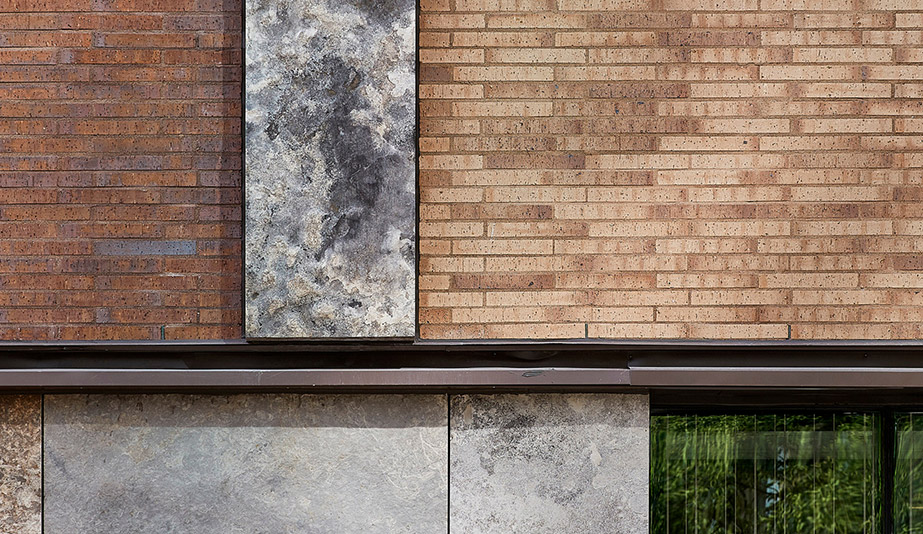 The interior is a mix of dark walnut and chunky limestone; on the exterior, limestone and bricks combine to create a patchwork facade that mimics a quilt, a symbol frequently associated with the fight against HIV/AIDS. Here, the symbol represents perfectly what the architects envisioned for Casey House: a safe haven that offers the support of a hospital and the comfort of home.

Impeccable architecture meets an urgent cause in Toronto’s Casey House, a modernization of Canada’s first standalone care centre for patients with HIV/AIDS. The Hariri Pontarini project won the 2018 AZ Award for Social Good. 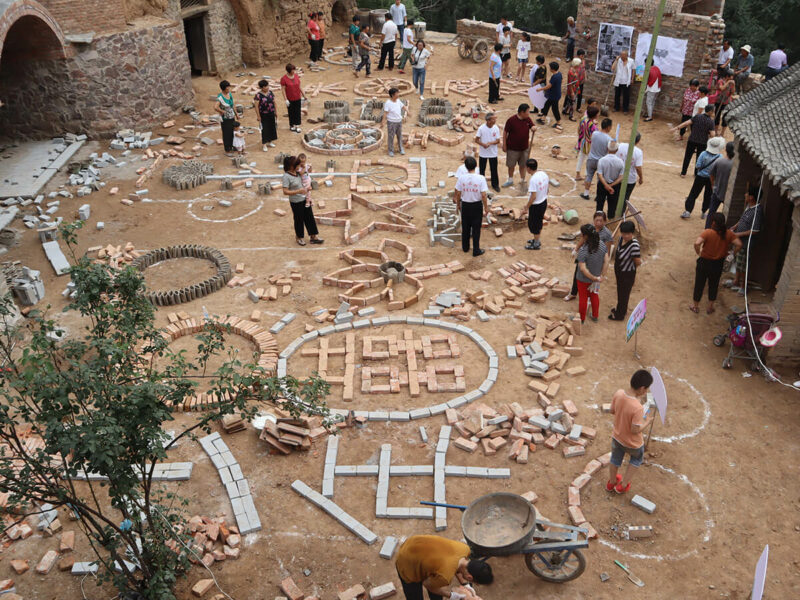 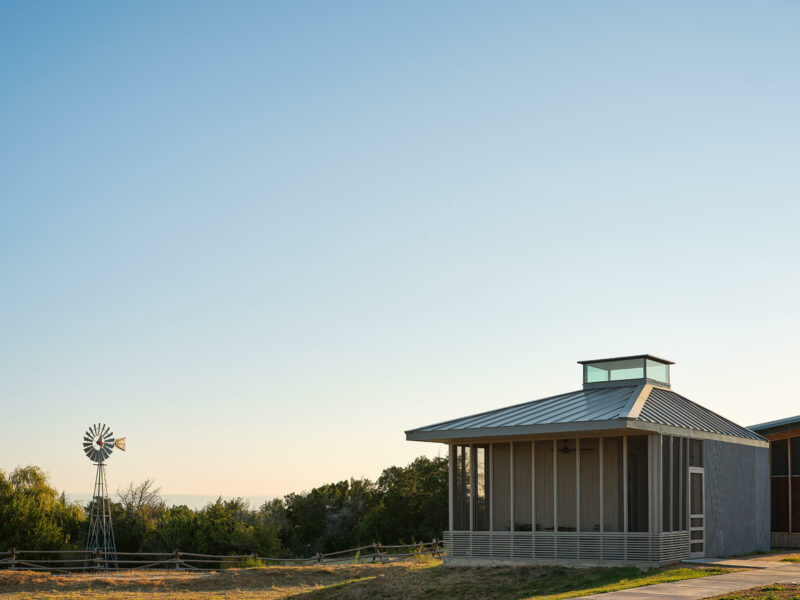 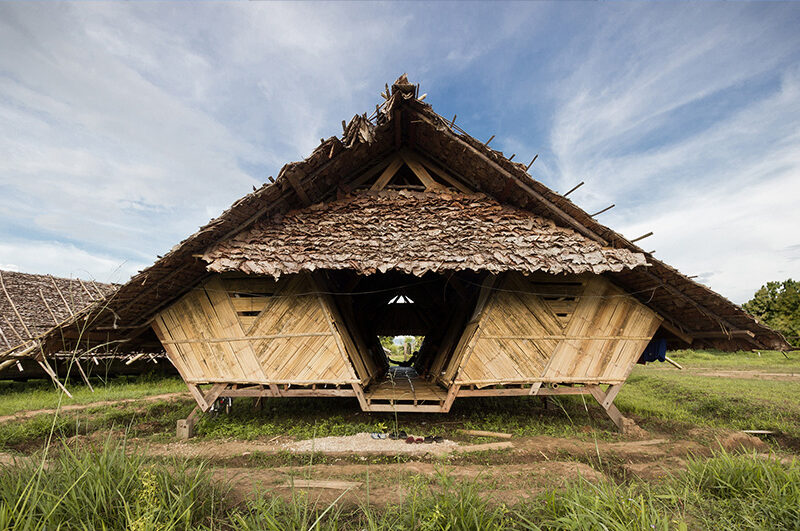