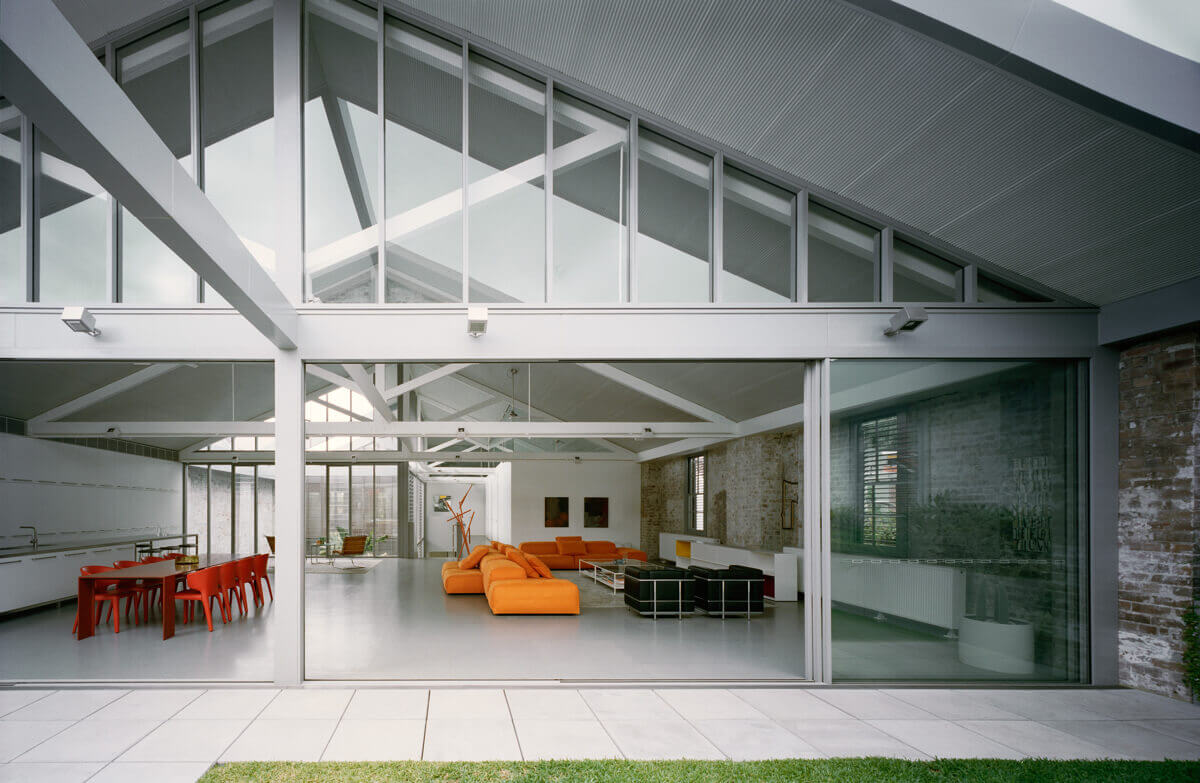 Redfern Warehouse The past lives of the Redfern Warehouse, in Sydney, Australia, built at the beginning of the 20th century, are many: It has served as a gas-meter factory, a Vegemite producer and an art gallery. Then, local architect Ian Moore was commissioned to adapt it for a  family of four. He retrofitted the bottom level to serve the clients’ rather idiosyncratic vocations and hobbies. It now has an equine genetics lab and a 10-car garage modelled on a Formula One pit. The living area resides above, capped by the original trussed ceiling. Moore did everything he could to preserve the features of the old warehouse. He exposed the weathered brick walls, installed unobtrusive grey cork floors and avoided slick detailing (such as marble or black finishes) that would override the industrial character of the site. The result is a building that is more beautiful than ever but hardly estranged from its former self. 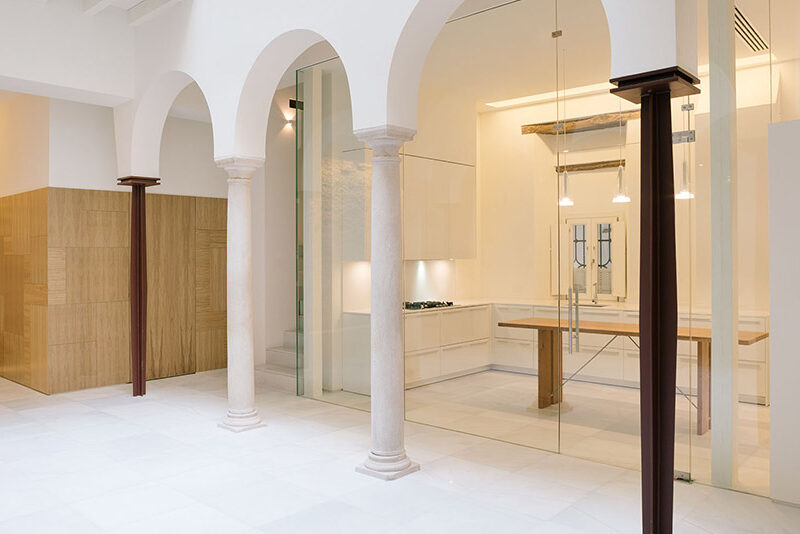 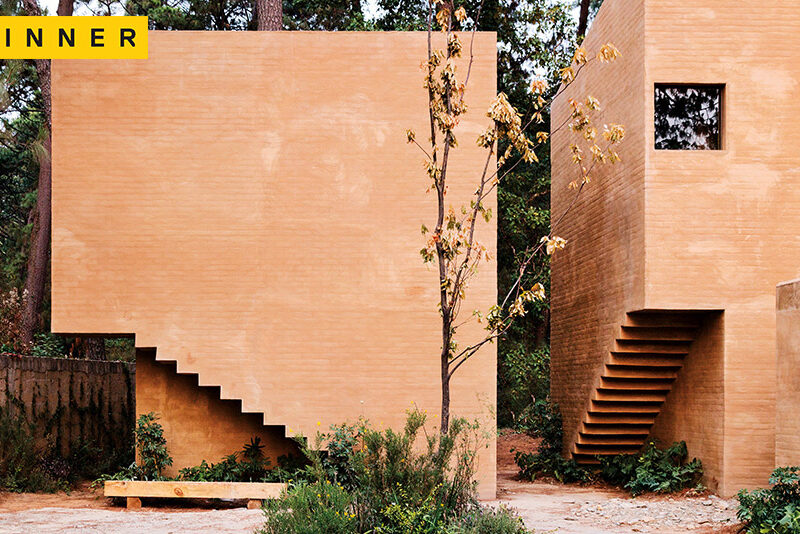 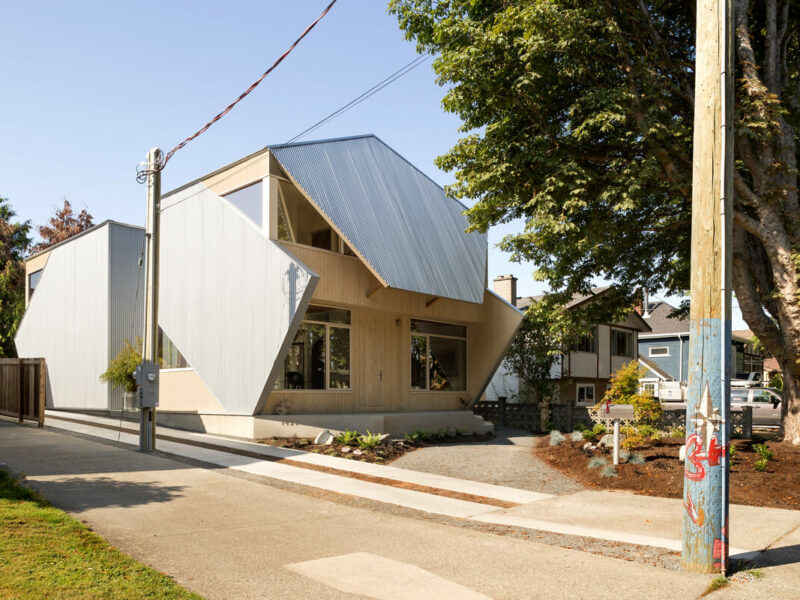